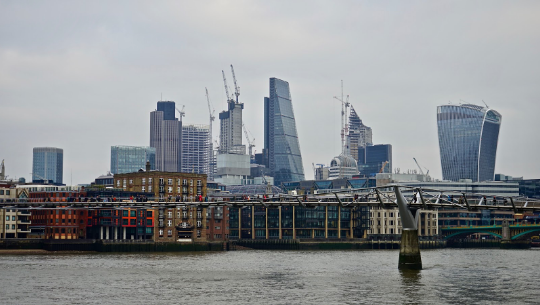 London is one of Europe’s largest cities, and with increasing interest in development, there are some extreme construction projects currently underway or in the pipeline. As these projects are some of the largest London has ever seen, it also gives us a good idea as to how the skyline will change in our capital over the next few years.

Here at Mundy Structural Steel, we specialise in steel erection and steel fabrication throughout London, so we have a vested interest in these large-scale building projects.

Informally known as ‘The Trellis’ due to the external steel bracing of its design, 1 Undershaft is set to be the 2nd tallest building in London upon completion. The design was approved in November 2016, but construction of the 73-story tower is expected to begin within around three to four years.

Other than the external steel bracing, the design of 1 Undershaft is rectangular in shape, tapering slightly as it reaches the top. The building is also set to be 10.5 metres off the ground in order to create public space underneath the structure.

1 Undershaft will replace St Helen’s tower, which is to be demolished, and part of the reason construction is yet to begin.

There will be 62 storeys and 912 feet of building to stand at 22 Bishopsgate.

Set to be the largest residential tower in Western Europe, Spire London stands at 67 storeys and 771 feet with a striking design that harks back to the maritime history of the site upon which it stands. The ‘prow and bow’ shapes that make up the design are striking and modern, but the building also takes inspiration from the petals of an orchid, which can be seen in the footprint of the tower.

Construction, after the demolition of the buildings previously on the site, is underway and expected to be completed in 2020

There are many large-scale construction projects currently underway in London, in various stages, which shows the investment in the capital and that the skyline is likely to grow and develop.

If you’re looking for steel fabrication and steel erection for your construction project in London, reach out to our team here at Mundy Structural Steel. We have decades of experience in the industry, so we’ll be able to help.

This entry was posted in Latest News, London. Bookmark the permalink.